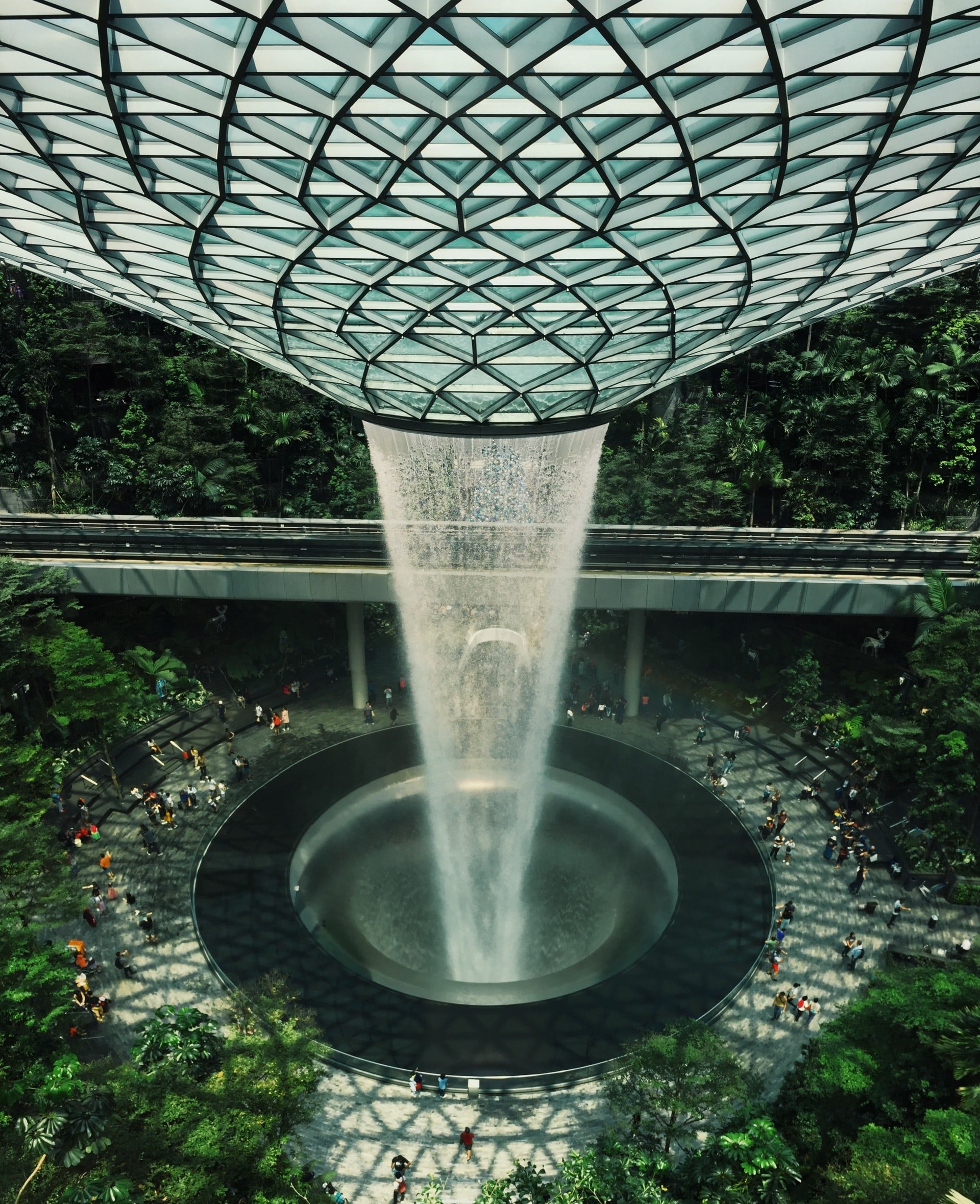 For locals and foreigners alike, Jewel Changi Airport is a destination that is instantly recognisable as an iconic Singaporean landmark.

Most will know it by its dazzling centrepiece the Rain Vortex, which is the world’s tallest indoor waterfall.

When we say most, that’s because there are some who may not recognise it upon sight.

One of them is a Facebook page that posted a picturesque photo of the Rain Vortex but mistaken it for a shopping mall in Scotland.

Singaporean netizens have since taken to the comments section to join in the fun, posting other mislabelled hotspots in Singapore.

On 15 Jun, a Facebook page named Travel Scotland Goals posted a photo of the Rain Vortex in Jewel Changi Airport.

Strangely enough, it was accompanied by the caption “Almondvale Shopping Centre, Livingston” with the Scotland flag emoji. A quick Google search revealed that it is the name of a mall in Livingston, which is a town in Scotland. 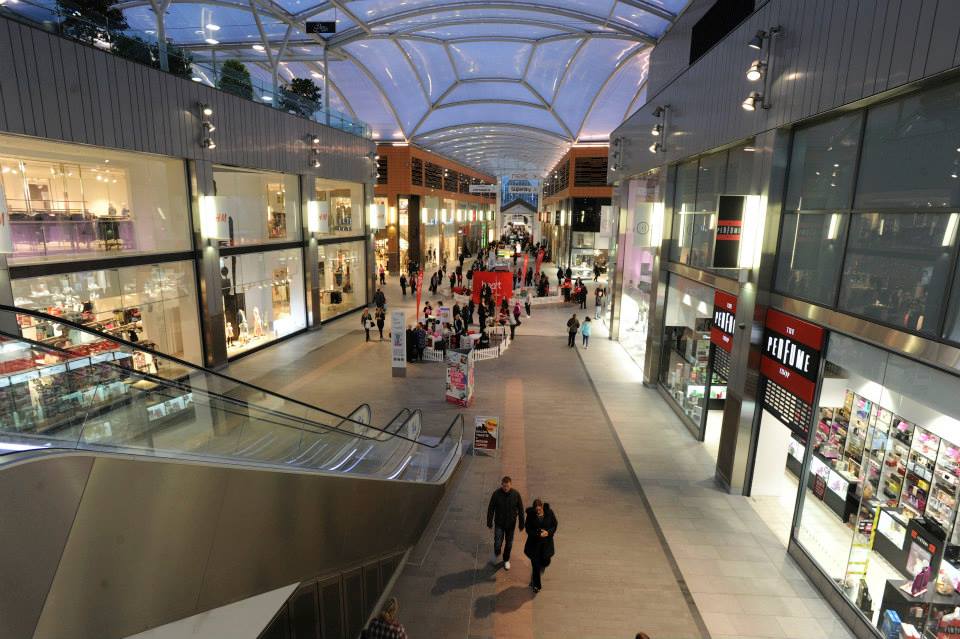 At 92,900 square metres of floor space, it is currently the 30th largest shopping centre in the UK.

What it certainly isn’t, however, is a nature-themed retail complex with a 40-metre tall indoor waterfall.

While the post went up over a month ago, it only went viral recently when Singaporeans caught wind of the mix-up.

Most netizens took it in jest as they commented with photos of both foreign and local landmarks that were captioned with the wrong names.

Soon after, brands and even Changi Airport itself jumped on the bandwagon.

Changi Airport snuck in a not-so-subtle promotion for its Jurassic Mile attraction and captioned it as a scene from the blockbuster movie Jurassic World Dominion.

Airconditioning brand Daikin joined in the fun by posting a photo of ‘Urquhart Castle, Scotland’ that was actually its headquarters in Ang Mo Kio.

Some went as far as to post photos of public figures with wildly different names, like this user who called Minister for Communications and Information Josephine Teo the ‘Duchess of Cambridge’.

As it turns out, the Facebook page that started this vortex of memes regularly posts photos of popular destinations mislabelled as hotspots in Scotland.

A pinned post captioned Disney’s Typhoon Lagoon Water Park in Florida as The Time Capsule, a multipurpose entertainment centre in the Scottish town of Coatbridge. 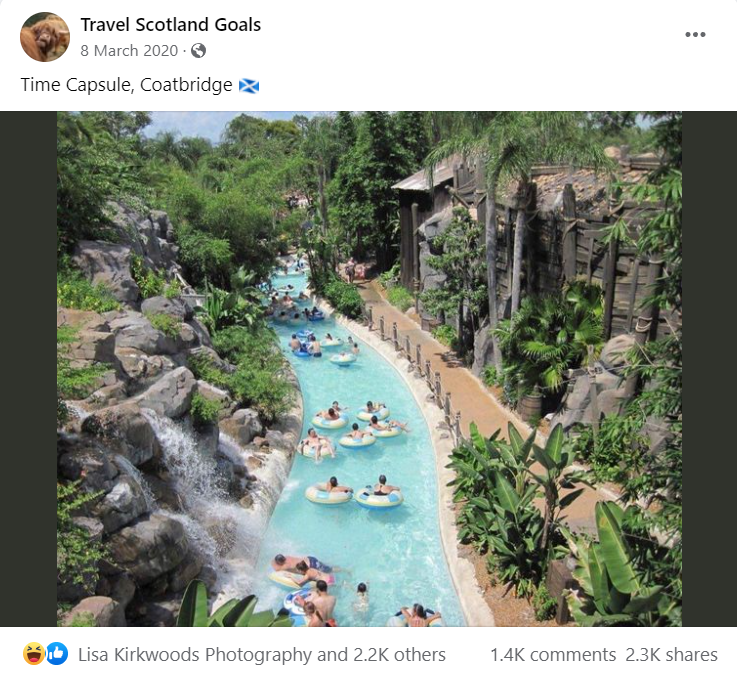 Another shows what is clearly an illustration of Jurassic-era dinosaurs with the caption ‘Edinburgh Zoo’. 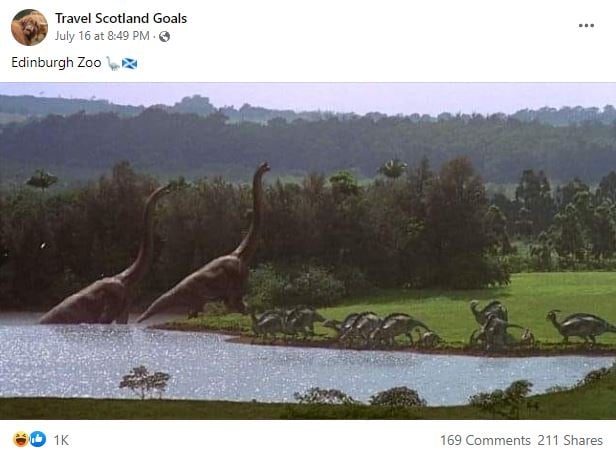 The elaborate joke brings to mind a similar gaffe from last year, where an American man posted a picture of Marina Bay Sands and titled it ‘Downtown Chattanooga, Tennessee’.

Man Says MBS Is A Building In Tennessee, S’poreans Reply With Memes Galore

Although it was unclear if the man was merely playing a prank, there’s no doubt that Travel Scotland Goals is very much a satirical page.

An unexpectedly good laugh for Singaporeans

While not everyone may have known that the post was a joke at first, it’s certainly many Singaporeans a good chuckle seeing how they’ve reacted.

That said, we certainly hope no one has actually mistaken Jewel Changi for a mall in Scotland.

Do you have any mislabeled local attractions in mind? Share them in the comments below!

Have news you must share? Get in touch with us via email at [email protected]