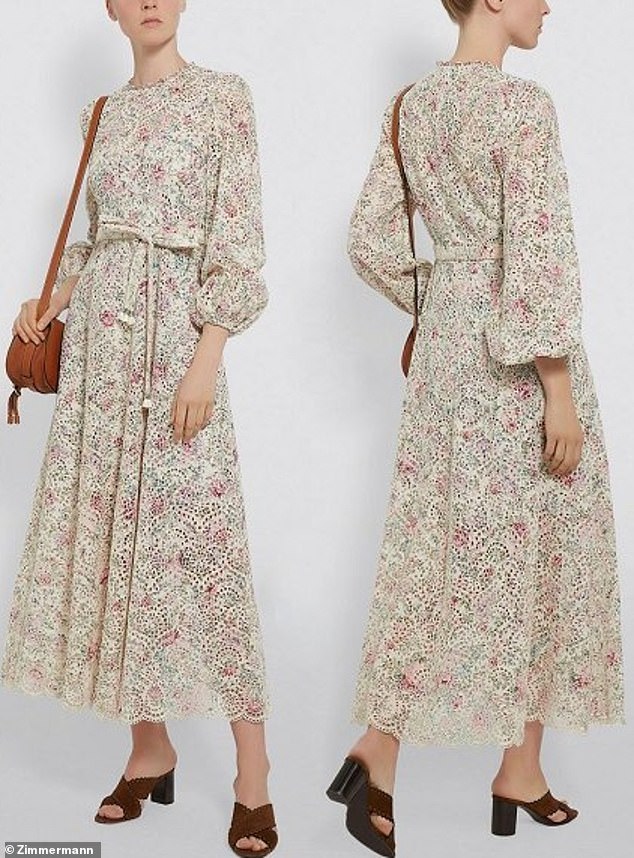 Princess Mary attended the wedding of Prince Gustav of Sayn-Wittgenstein-Berleburg and Carina Axelsson wearing a floral Zimmermann number, much to the delight of her Australian fans.

Prince Gustav and his new wife walked down the aisle at the Evangelical Church of Bad Berleburg Castle in Germany in front of 80 guests.

Princess Mary opted for the Zimmermann floral eyelet dress paired with pale pink shoes for the occasion, her hair swept back into a charming top knot

For many years Prince Gustav has resided lived with Carina although they have been unable to marry due to a clause in Gustav’s grandfather’s will.

The will prevents him from inheriting family property if he marries someone not of protestant, noble and Aryan descent. Despite that on April 27 the Danish court confirmed that Gustav could marry Axelsson on June 4, New My Royals reported.

Princess Mary opted for the Zimmermann floral eyelet dress paired with pale pink shoes for the occasion, her hair swept back into a charming top knot.

‘Mary, I am in awe, she is by far the best dressed royal ever, I want everything that she’s wearing,’ one fan wrote of the look. 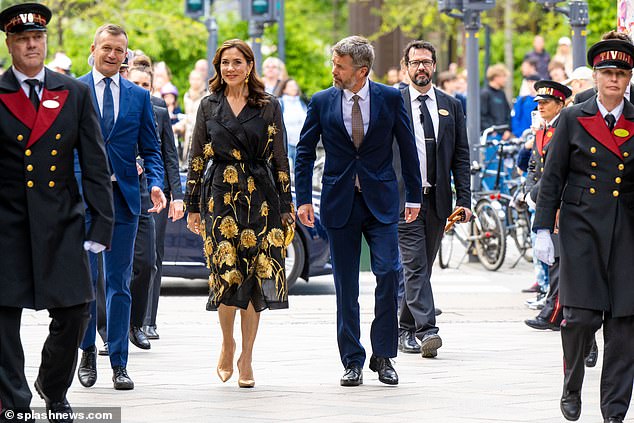 Mary – born Mary Elizabeth Donaldson – is one of the most respected women on the international scene.

Mary famously met her husband Crown Prince Frederik of Denmark by chance at Sydney pub the Slip Inn during the 2000 Olympics.

After their encounter, Fred – who was in Australia to support Denmark’s Olympic sailing team – asked Mary for her phone number and a romance blossomed.

‘The first time we met we shook hands. I didn’t know he was the prince of Denmark. Half an hour later someone came up to me and said, “Do you know who these people are?”‘ Mary revealed in an interview about meeting the heir to the Danish throne.

They maintained a long-distance relationship for a year, with Frederik making secret trips Down Under before Mary moved to Denmark to study Danish language at Copenhagen’s Studieskolen in 2001.

In early 2003, Frederik’s mother Queen Margrethe publicly acknowledged the relationship and the couple announced their engagement at Amalienborg Castle later that year on October 8. 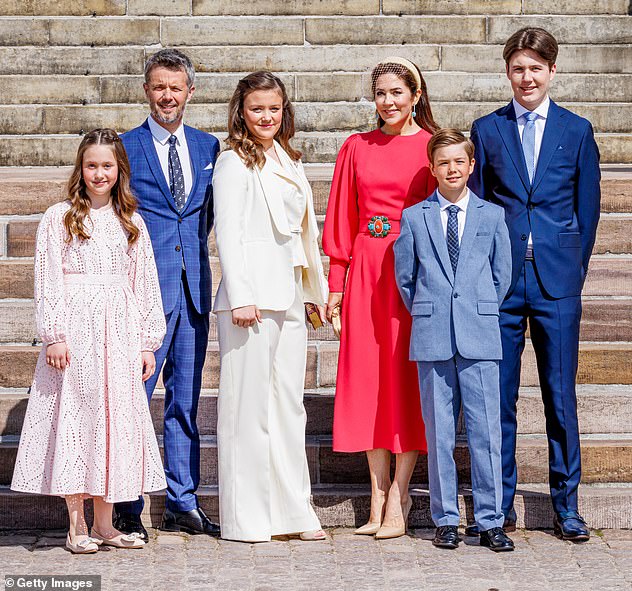 Frederik and Mary married on May 14, 2004 at Copenhagen Cathedral, with the newly minted Crown Princess opting for a beautiful gown by Danish designer Uffer Frank and a veil first used by Crown Princess Margaret of Sweden in 1905.